The 12 June 2019 marks the 10th anniversary of the arrest and subsequent deportation of 9 of our colleagues, SOAS cleaners and UNISON members.

The cleaners, working at the time for the outsourced company ISS, were called in for an early morning staff meeting in the G2 Lecture Theatre (now the DLT).

The meeting was actually a cover for a UK Border Agency raid.

9 SOAS cleaners were handcuffed in the lecture theatre and subsequently deported by UKBA.

The deportation of the SOAS 9 by the UK state was done at the behest of the private company with the full knowledge and complicity of the SOAS Management.

The real reason these workers were targeted like this was that they stood up and had begun to organise to improve their working lives. 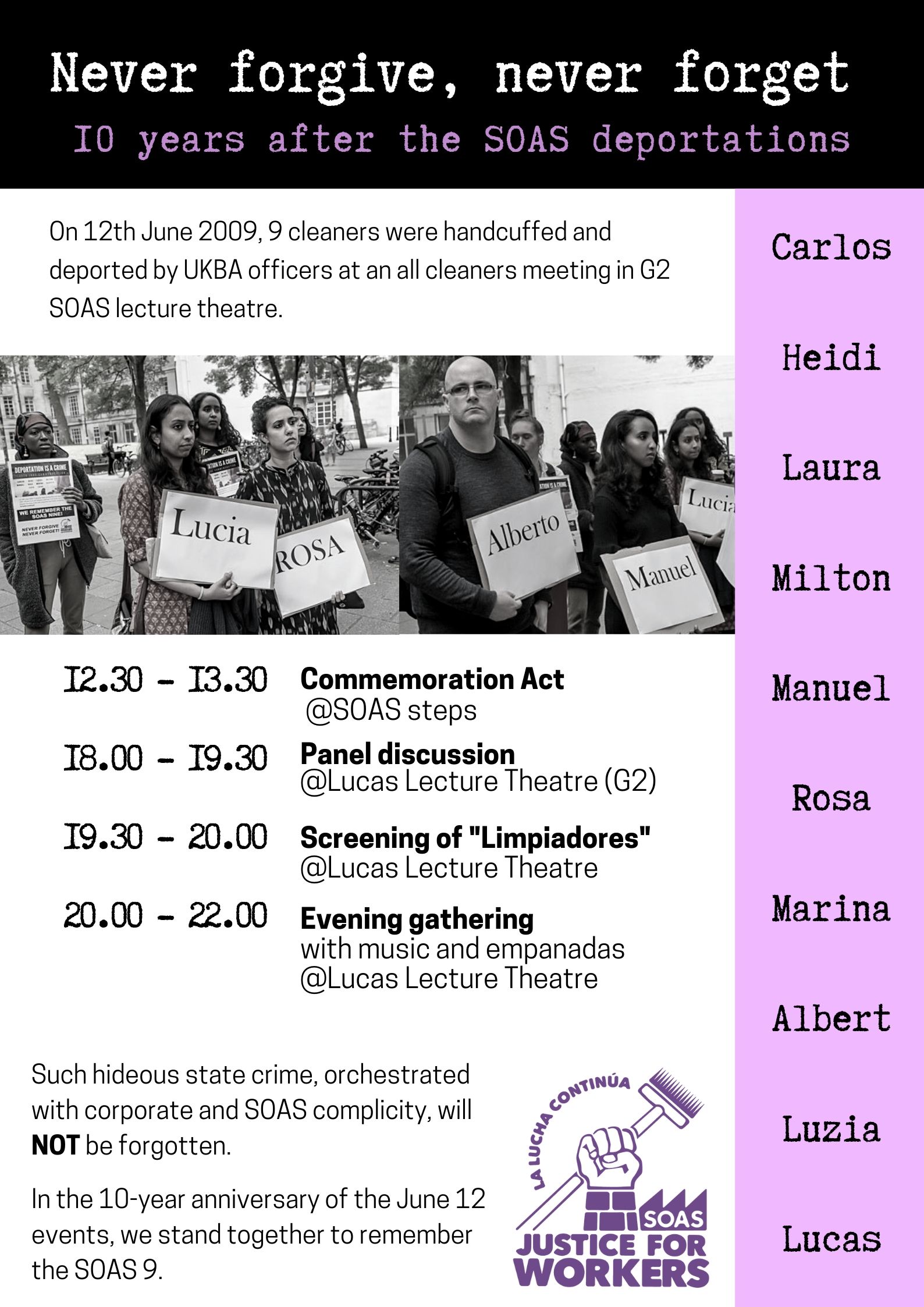